Tom Cooper is an Austrian aerial warfare analyst and historian. Following a career in worldwide transportation business - during which he established a network of contacts in the Middle East and Africa - he moved into narrow-focus analysis and writing on small, little-known air forces and conflicts, about which he has collected extensive archives. This has resulted in specialisation in such Middle Eastern air forces as of those of Egypt, Iran, Iraq, and Syria, plus various African and Asian air forces. Except for authoring and co-authoring more than 30 books - including about a dozen of titles for Helion's @War series - and over 1000 articles, Cooper is a regular correspondent for multiple defence-related publications. 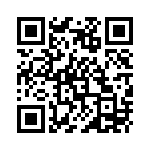