I am currently writing a report on Lucy Stone. What a wonderful women she is! This book, just from the introduction itself, has helped me to see things about the women's lives, back then we really didn't have anything as our own. All women owe Lucy Stone a huge Thanks. She helped pave the way for our rights and everything else we have. Without strong willed women such as her, women today would be nothing. I am amazed at how well written and informative this book is! I loved it and will be ordering it for my personal collection of books. This is a women I look up to, a role model she is indeed! I hope to one day be as strong as Lucy Stone!

Randolph Hollingsworth, associate professor of history and women's studies at Lexington Community College, is currently a Commonwealth Humanities Postdoctoral Scholar at the University of Kentucky. 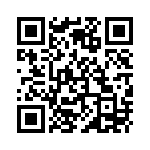