By Her Touch was such a riveting and emotionally driven romance that really tugs at the reader’s emotions here. After reading book one, I was very curious about the side character, our skin healer ... Read full review

Received an ARC for my fair review for netgalley. This was a touching book about second chances. Clay had been through so much, pain and suffering, and he had no hope for a good life. He suffered thru ... Read full review

Adriana Anders is the award-winning author of the Blank Canvas series. Under Her Skin, a Publishers Weekly Best Book of 2017, and winner of two 2018 Holt Medallions, has been featured in Bustle, USA Today Happy Ever After, and Book Riot. Today, she resides with her tall French husband and two small children in France, where she writes the gritty, emotional love stories of her heart. 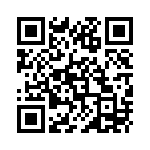