This work aims to be a "concise but comprehensive compendium of the current state of knowledge in thanatology" as it draws together a variety of scholars and professionals-historians, physicians ... Read full review

Clifton D. Bryant is Professor of Sociology at Virginia Polytechnic Institute and State University (Virginia Tech) in Blacksburg, Virginia. He has been a faculty member there since 1972 and served as Department Chair from 1972 to 1982. Prior to coming to Virginia Tech, he held full-time faculty teaching appointments at Western Kentucky University (Department Head 1967–1972), Millsaps College (Department Head 1963–1967), and the University of Georgia (1960–1963). He was Visiting Professor at Mississippi State University (Summer 1985) and at the Pennsylvania State University (Summer 1958). His research appointments include Visiting Scientist at the U.S. Army Institute for the Behavioral and Social Sciences (Summer 1993), Visiting Research Scholar with the Mississippi Alcohol Safety Education Program Mississippi State University; Summer 1985), and Visiting Research Scholar with Training and Technology Project operated by the Resource Development Office of Oak Ridge Associated Universities, Inc. (Summer 1987). His foreign teaching appointments include Visiting Fulbright Professor, Department and Graduate Institute of Sociology, National Taiwan University, Taipei, Taiwan, Republic of China (1987–1988), and Visiting Professor in the Department of Sociology/Anthropology, Xavier University, The Ateneo, Cagayan de Oro City, Mindanao, Philippines (1984–1985). He was a participant in the U.S. Department of Education’s 1998 Fulbright-Hays Seminars Abroad Program in the People’s Republic of China (Summer 1998) and was also a participant in the U.S. Department of Education’s 1993 Fulbright- Hays Seminars Abroad Program in Hungary (Summer, 1993). Dr. Bryant served as President of the Southern Sociological Society (1978–1979) and as President of the Mid-South Sociological Association (1981–1982). He was the recipient of the Mid-South Sociological Association’s Distinguished Career Award in 1991 and the Distinguished Book Award in 2001. He is also the recipient of the Southern Sociological Society’s 2003 Distinguished Contributions to Teaching Award. He has been listed in Who’s Who in America since 1984 and in Who’s Who in the World since 1991. He is a member of Omicron Delta Kappa, Phi Kappa Phi, Phi Beta Delta, Alpha Kappa Delta, Pi Kappa Alpha, and Alpha Phi Omega. Dr. Bryant was founder and Chairman of the Editorial Board of Sociological Symposium (1968–1980). He was also the founder of Deviant Behavior and served as Editor-in-Chief of that journal from 1978 to 1991. He continues to serve as Chair of the Editorial Policy Board for the journal. He was editor of the Southern Sociologist (1970–1974). He has served as a member of the editorial board of Criminology (1978–1981), Associate Editor of Sociological Forum (1979–1980), Associate Editor of Sociological Spectrum (1981– 1985), member of the Board of Advisory Editors of Sociological Inquiry (1981–1985) and also Associate Editor of that journal (1997–2000). He was a member of the Board of Editors of Society and Animals (1997–1999) and was Associate Editor for a special issue of Marriage and Family Relations (Fall 1982). He is the author of Sexual Deviancy and Social Proscription; Khaki-Collar Crime: Deviant Behavior in Military Context; and Deviant Behavior: Occupational and Organizational Bases; editor of The Encyclopedia of Criminology and Deviant Behavior (four volumes); Deviant Behavior: Readings in the Sociology of Norm Violations; The Rural Work Force: Nonagricultural Occupations in America; Sexual Deviance in Sexual Context; The Social Dimensions of Work; and coeditor of Social Problems Today: Dilemmas and Dimensions; Deviance and the Family; and Introductory Sociology: Selected Readings for the College Scene. He has published articles in a number of professional journals, including Social Forces, Society, Sociological Inquiry, Sociology and Social Research, Rural Sociology, Sociological Forum, American Journal of Public Health, the Journal of Sex Research, Journal of Veterinary Medical Education, Journal of Leisure Sciences, Sociological Spectrum, The Rural Sociologist, Psychological Reports, Free Inquiry in Creative Sociology, World Leisure and Recreation, Hort Technology, Anthrozoos, Applied Behavioral Science Review, Man and Environmental Systems, The Southern Sociologist, and Deviant Behavior. He received his B.A. and M.A. degrees from the University of Mississippi, did advanced graduate work at the University of North Carolina (Chapel Hill), and received his Ph.D. degree from Louisiana State University. 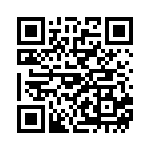