GREGORY S. ALDRETE is Associate Professor of History and Humanistic Studies at the University of Wisconsin, Green Bay. He is the author of Gestures and Acclamations in Ancient Rome (1999), and editor of The Ancient World volume in The Greenwood Encyclopedia of Daily Life (Greenwood, 2004). 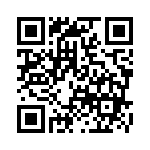