I really wanted to like Dune more than I did. Herbert obviously spent a lot of time pouring into the nuances of his universe's politics, ecologies, and mythology. All of which kept me reading and ... Read full review

Spoilers. I reread the book in spring 2016. It was actually better than I remembered. The book is certainly a masterpiece of its genre. The only issue I had with the book was, by the second and third ... Read full review

Frank Herbert (1920 - 1986) was born in Tacoma, Washington and worked as a reporter and later editor of a number of West Coast newspapers before becoming a full-time writer. His first sci-fi story was published in 1952 but he achieved fame more than ten years later with the publication in analog of DUNE WORLD and THE PROPHET OF DUNE, amalgamated in the novel DUNE in 1965.Previous titles:Great Dune Trilogy (TPB March 06);Dune;Dune Messiah;Children of Dune;God Emperor of Dune;Heretics of Dune;Chapter House Dune;White Plague;Man of Two Worlds;God Makers;Eye;Dragon in the Sea;Soul Catcher;Whipping Star;Santaroga Barrier;Heaven Makers;Dosadi Experiment;Eyes of Heisenberg;Green Brain;Jesus Incident;Lazarus Effect 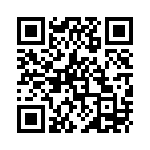