Mankind has spent millennia altering and changing their local environment, but with the discovery of fossil fuels and our current addiction to them we have begun the process of changing the entire ... Read full review

THE PLANET REMADE: How Geoengineering Could Change the World

Oliver Morton is briefings editor at the Economist, and his writing has appeared in the New Yorker and other publications. He is the author of Eating the Sun: How Plants Power the Planet. 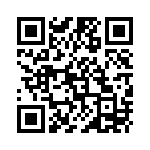