JOHAN GALTUNG is Professor of Peace Studies at the University of Hawaii, Manoa, Universitet i Tromsö, and Universität Witten/Herdecke. He is a past winner of the Right Livelihood Award (informally known as the alternative Nobel Peace Prize). He is the author or editor of more than 71 books.

SOHAIL INAYATULLAH is presently Senior Research Fellow at Queensland University of Technology and author of numerous books on Islamic and Indian perspectives on social theory./e 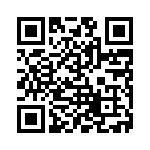