Born in Konigsberg, Germany, David Hilbert was professor of mathematics at Gottingen from 1895 to1930. Hilbert was among the earliest adherents of Cantor's new transfinite set theory. Despite the controversy that arose over the subject, Hilbert maintained that "no one shall drive us from this paradise (of the infinite)" (Hilbert, "Uber das Unendliche," Mathematische Annalen [1926]). It has been said that Hilbert was the last of the great universalist mathematicians and that he was knowledgeable in every area of mathematics, making important contributions to all of them (the same has been said of Poincare). Hilbert's publications include impressive works on algebra and number theory (by applying methods of analysis he was able to solve the famous "Waring's Problem"). Hilbert also made many contributions to analysis, especially the theory of functions and integral equations, as well as mathematical physics, logic, and the foundations of mathematics. His work of 1899, Grundlagen der Geometrie, brought Hilbert's name to international prominence, because it was based on an entirely new understanding of the nature of axioms. Hilbert adopted a formalist view and stressed the significance of determining the consistency and independence of the axioms in question. In 1900 he again captured the imagination of an international audience with his famous "23 unsolved problems" of mathematics, many of which became major areas of intensive research in this century. Some of the problems remain unresolved to this day. At the end of his career, Hilbert became engrossed in the problem of providing a logically satisfactory foundation for all of mathematics. As a result, he developed a comprehensive program to establish the consistency of axiomatized systems in terms of a metamathematical proof theory. In 1925, Hilbert became ill with pernicious anemia---then an incurable disease. However, because Minot had just discovered a treatment, Hilbert lived for another 18 years. 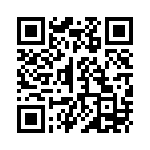