Amos Oz was born Amos Klausner in Jerusalem on May 4, 1939. As a young teenager, he moved to Kibbutz Hulda, where he completed his secondary education and worked on a farm. After he completed mandatory military service in 1961, the kibbutz assembly sent him to study at the Hebrew University of Jerusalem, where he received a B.A. in philosophy and literature. After graduation, he moved back to Hulda, where he wrote, did farm work, did guard and dining-room duty, and taught in the kibbutz high school. He fought in the 1967 and 1973 wars and spent a year as a visiting fellow at Oxford University. He wrote novels, collections of short fiction, works of nonfiction, and essays. His novels included My Michael, Black Box, and The Gospel According to Judas. His memoir, A Tale of Love and Darkness, was adapted into a movie in 2016. His last book, Dear Zealot, was made up of three essays on the theme of fanaticism. He was an advocate for peace and believed in a two-state solution, meaning the establishment of a Palestinian state alongside Israel. In the late 1970s, he helped found Peace Now. He received several awards including the Goethe Prize, the French Knight's Cross of the Légion D'Honneur, and the Israel Prize. He died after a short battle with cancer on December 28, 2018 at the age of 79. 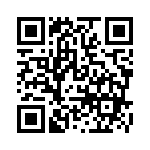