An excellent and comprehensive overview of cancer metastasis covering all aspects from very basic molecular biology to therapeutic approaches.

David Lyden is the Stavros S. Niarchos Associate Professor in Pediatrics and Cell and Developmental Biology at the Children's Cancer and Blood Foundation Laboratories at Weill Cornell Medical College. He is a Neuro-oncologist at Memorial Sloan-Kettering Cancer Center. Also, Dr Lyden is an Investigator of the Champalimaud Foundation, the first research, prevention and treatment center for metastatic disease. In 2007, he received the Presidential Medical Distinction Award from President Cavaco Silva of Portugal.

Danny R. Welch is Leonard H. Robinson Professor of Pathology at the University of Alabama, Birmingham. He actively holds numerous titles in various organizations, such as Co-Chair of the Program and Education Committees of American Association of Cancer Research, editor-in-chief of Clinical and Experimental Metastasis, and Chair of the Cancer Genetics Study Section at the National Institute of Health. Dr Welch has published six books and holds five patents.

Bethan Psaila is a Research Fellow at Imperial College of Medicine in London and Weill Cornell Medical College of New York. Dr Psaila is the recipient of a Fulbright Scholarship in Cancer Research and a Kay Kendall Leukaemia Fund Travelling Fellowship. 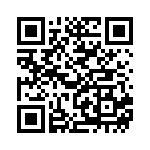