HARRY KLOMAN is a journalism teacher at the University of Pittsburgh and an adviser to its student newspaper, The Pitt News. He reviews movies for Pittsburgh City Paper and is the book review editor for the journal Film Criticism. He created The Gore Vidal Index online and has written about Vidal for “The Encyclopedia of American War Literature,” “Conversations with Gore Vidal,” and Steven Abbott’s “Gore Vidal: A Bibliography.” All About Tej is his comprehensive website about Ethiopian honey wine. 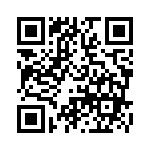