The beginning of this book almost made me hate it. I hate the title-less genre 'fiction disguised as essay'. It plain and simple bores me to death. It did so in House of Leaves, where I spent most of ... Read full review

SAMUEL R. DELANY teaches English and creative writing at Temple University and is the author of numerous works of fiction and nonfiction, most recently his novel Through the Valley of the Nest of Spiders. ROBERT F. REID-PHARR is Distinguished Professor of English and American Studies at the Graduate Center of the City University of New York, and author of Once You Go Black: Choice, Desire, and the Black American Intellectual. 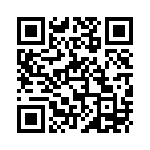