The authors of Mystery Dance: The Evolution of Human Sexuality (1991) return to the fundamental biological questions, this time taking on the slipperiest of all issues. Wisely, they avoid any ... Read full review

Margulis is a first rate biologist, but this book falls far short of my expectations. It seems like she received an invitation to write book and put this one hastily together. It jumps from one thing ... Read full review

Eric D. Schneider served as senior scientist at the National Oceanic and Atmospheric Administration and director of the National Marine Water Quality Laboratory of the Environmental Protection Agency. His work on thermodynamics--a topic he has pursued for more than twenty years--has been widely anthologized and cited. Dorion Sagan is coauthor of "Acquiring Genomes" and "Up from Dragons," Called an "unmissable modern master" of science writing by "New Scientist," Sagan has written for the "New York Times," "Natural History," and "Wired," among other publications. 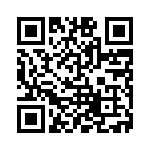