This is a wonderful book. MacBride connects the dots between Big Beverage and municipal recycling. It is a long-overdue disclosure of the unholy origins of our familiar curbside recycling programs. MacBride has got it all here. The challenge is that so many environmentalists are defending the system, even as they nervously acknowledge its shortcomings, instead of demanding something better.

Samantha MacBride teaches at Columbia University's School of Public and International Affairs and is a professional in local waste governance. 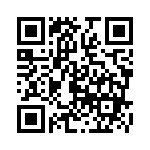