Professor George Paxinos, AO (BA, MA, PhD, DSc) completed his BA at The University of California at Berkeley, his PhD at McGill University, and spent a postdoctoral year at Yale University. He is the author of almost 50 books on the structure of the brain of humans and experimental animals, including The Rat Brain in Stereotaxic Coordinates, now in its 7th Edition, which is ranked by Thomson ISI as one of the 50 most cited items in the Web of Science. Dr. Paxinos paved the way for future neuroscience research by being the first to produce a three-dimensional (stereotaxic) framework for placement of electrodes and injections in the brain of experimental animals, which is now used as an international standard. He was a member of the first International Consortium for Brain Mapping, a UCLA based consortium that received the top ranking and was funded by the NIMH led Human Brain Project. Dr. Paxinos has been honored with more than nine distinguished awards throughout his years of research, including: The Warner Brown Memorial Prize (University of California at Berkeley, 1968), The Walter Burfitt Prize (1992), The Award for Excellence in Publishing in Medical Science (Assoc Amer Publishers, 1999), The Ramaciotti Medal for Excellence in Biomedical Research (2001), The Alexander von Humbolt Foundation Prize (Germany 2004), and more.

Charles Watson is a specialist in the area of brain and spinal cord mapping. He graduated in medicine from the University of Sydney in 1967 and was awarded a research doctorate (MD) by the University of New South Wales in 1974. He lectured in anatomy at the UNSW from 1970 to 1982, when he took up a career in public health in the Health Department of Western Australia, being appointed Chief Health Officer for WA in 1993.

He returned to university life in 1994, holding the position of Dean of Health Sciences at the University of Wollongong and Curtin University until 2006. Since then he has held research positions at Curtin and at Neuroscience Research Australia. Since 2006 he has published 11 books and over 40 journal articles.

Watson was made a member of the Order of Australia (AM) in 2004. He earned a DSc (by thesis) from the University of Sydney in 2012.

In his spare time he swims in the ocean, and he is an enthusiastic but mediocre player of the baritone saxophone. His musical favourites are Frank Zappa, Brian Eno, and Beethoven. 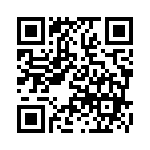