Dr. Massry is Professor Emeritus of Medicine and Physiology & Biophysics at the Keck School of Medicine, University of Southern California, Los Angeles, CA. He Served as Chief of its Division of Nephrology from 1974 to 2000. He has received honorary doctorates from 14 universities across Europe, including the oldest and prestigious Charles University (Prague, Czech Republic), The University of Bologna (Italy), and the University of Padua (Italy). He is an honorary member of many international professional societies including the Italian, Polish, Bulgarian, Hungarian, Czechoslovakian, Indian, and Israel Societies of Nephrology. He is also an honorary member of the Belgian, Polish, Russian and Bulgarian Academies of Science, as well as the Royal College of Physicians of Ireland, Thailand and London. 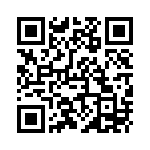