I had recently read a novel of historical fiction about the end of the American Civil War and decided to find out more about it. This book starts after the capture of Atlanta and follows Sherman and ... Read full review

Narrative account of Sherman's march through Gerorgia and the Carolina's in the American Civil War. The author through eyewitness accounts charts the effect on the civilians and slaves who were in the ... Read full review

Burke Davis (1913–2006) was an American author and journalist best known for his narrative histories of the Civil War, including To Appomattox: Nine April Days, 1865 (1959), Sherman’s March (1980), and The Last Surrender (1985). His acclaimed biographies of military and political figures include They Called Him Stonewall (1954), Gray Fox: Robert E. Lee and the Civil War (1956), Marine!: The Life of Chesty Puller (1962), and Old Hickory: A Life of Andrew Jackson (1977). A longtime special projects writer for Colonial Williamsburg, Davis also published many works of historical nonfiction for young readers. His numerous honors include the Mayflower Cup, the North Carolina Award for Literature, and election to the North Carolina Journalism Hall of Fame and the North Carolina Literary Hall of Fame. 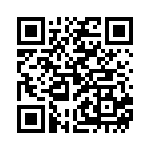