Reread for a course I'm teaching (I'm about to get 50 papers on it!). Since I've read this classic novel of a woman's confused longing for selfhood many times, I found myself focusing on Chopin's ... Read full review

I loved this book. Not everyone I know does, but there you are; I'm different like that. Read full review 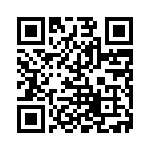