Another on the religious persecutions promulgated by the much-unloved Tudor monarch, this time presented in a lively if highly partisan style reminiscent of John Foxe's Book of Martyrs.England during ... Read full review

Jasper Ridley was a former barrister turned author and became one of England's leading biographers, recent works including lives of Henry VIII and Elizabeth I. His Lord Palmerstone was winner of the James Tait Black prize. His last work, The Freemasons, was highly acclaimed. 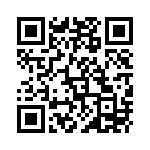