JOE L. KINCHELOE is Professor of Education at the City University of New York Graduate Center and Brooklyn College where he has served as the Belle Zeller Chair of Public Policy and Admnistration. He is the author and editor of numerous books and articles, most notably The Sign of the Burger: McDonald's and the Culture of Power and Measured Lies: The Bell Curve Examined. Shirley R. Steinberg is Associate Professor Education at Brooklyn College. She is the senior editor of Taboo: The Journal of Culture and Education and the author and editor of many books and articles, most notably Kinderculture: The Corporate Construction of Childhood and Measured Lies: The Bell Curve Examined.

SHIRLEY R. STEINBERG is the Director of the Paulo and Nita Freire International Project for Critical Pedagogy at McGill University. She is the author and editor of many books and articles including Media Literacy: A Reader and 19 Urban Questions: Teaching in the City. 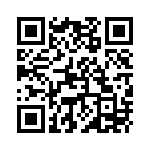