Anny Bakalian is the associate director of the Middle East and Middle Eastern American Center at the Graduate Center, City University of New York. She is the co-author of Backlash 9/11: Middle Eastern and Muslim Americans Respond. 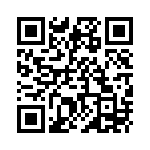