Reiner SchĂ1⁄4rmann (1941--1993) was Professor of Philosophy at the New School for Social Research. His books include Meister Eckhardt: Mystic and Philosopher and Heidegger on Being and Acting: From Principles to Anarchy (both Indiana University Press).

Reginald Lilly, Associate Professor of Philosophy at Skidmore College, is translator of The Principle of Reason by Martin Heidegger and editor of The Ancients and the Moderns (both Indiana University Press). 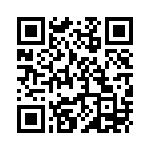