J. Michael Hogan is Professor of Rhetoric and Co-Director of the Center for Democratic Deliberation at Penn State University. 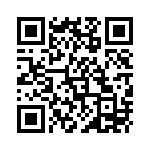