KEN ALBALA is Associate Professor in the History Department at the University of the Pacific, Stockton, California. He specializes in food history and is the author of Eating Right in the Renaissance (2001). 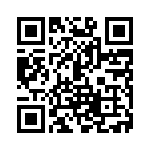