Levi R. Bryant is a professor at Collin College in Frisco, Texas. His work focuses on the contemporary theory, Freudian-Lacanian psychoanalysis, and the history of philosophy. 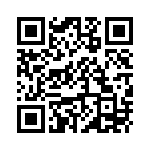