KARIN DOVRING is a communications analyst. Born and raised in Sweden, she worked as a journalist in Europe and was for many years an associate of Harold Lasswell of Yale Law School. She has published several books, including Road of Propaganda. She is also a poet with three published collections and was recently elected into the International Poetry Hall of Fame by the National Library of Poetry. 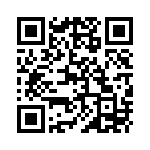