DEANNA GELAK has worked in the legislative branch, executive branch, and private/nonprofit sector arenas since 1984. She is Founder and President of Working for the Future, LLC, a public policy firm that advises organizational spokespersons and citizen leaders on effective political involvement and communication strategies.

Ms. Gelak served two terms as the President of the American League of Lobbyists, the national professional association for lobbyists. In that capacity, she served as chair of the board and the national spokesperson for the advocacy profession.

Ms. Gelak assists leaders to more effectively influence public policy. Her communications' training method has been used in Afghanistan, Jordan, Morocco, and Iraq. She designed the "mock Congress" for National 4-H to educate high school students from across the nation on how Congress works.

Ms. Gelak has led numerous Congressional coalitions. For example, she chaired the national Congressional Coverage Coalition, the successful effort to make labor and civil rights laws applicable to members of Congress and their staffs for the first time in history. Previously, members of Congress were exempt from the labor and civil rights laws that they had passed for the rest of the country.

Ms. Gelak achieved certification as a Senior Professional in Human Resources (SPHR), which reflects her expertise in human resource policy issues. She is the former director of governmental affairs for the Society for Human Resource Management, a professional society with more than 175,000 professional members and has authored numerous articles and publications on various workplace public policy issues. She has achieved significant expertise on work-life balance policy issues and served on a Bureau of National Affairs advisory committee in that area. Ms. Gelak also has worked for the Committee on Education and Labor of the U.S. House of Representatives and as a Congressional liaison officer in the executive branch (U.S. Department of Labor).

Originally from Niceville, Florida, Ms. Gelak is a graduate of the University of Florida. 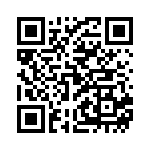