Barbara Crossette, who joined the New York Times in 1973, spent seven years as a correspondent in Asia, and is now UN bureau chief. She was a Fulbright Professor of Journalism in India and has taught at the Columbia University Graduate School of Journalism and at Princeton University. She won the 1991 George Polk Award for foreign reporting. She lives in New York City and Upper Black Eddy, Pennsylvania. 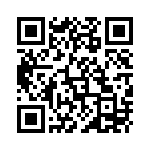