After graduating from Yale University and earning his MD at UCLA School of Medicine, Dr. Terry Dubrow completed his general surgery residency at Harbor-UCLA Medical Center, where he then became Chief Resident in Surgery and completed a plastic and reconstructive surgery fellowship. A fellow of the American College of Surgeons, he is certified by The American Board of Plastic Surgery and is also a certified expert for the California Medical Board.

Dr. Dubrow has authored more than thirty articles published in peer-reviewed medical journals and has lectured extensively to professional groups in surgery nationally and internationally. Beyond his surgical expertise, Dr. Dubrow’s passion for general health and wellness led him to cohost the podcast Dr. and Mrs. Guinea Pig and to author The Acne Cure. He has appeared on numerous TV shows, most notably, E’s hit show Botched, since 2013, as well as Fox Network’s The Swan, E! Entertainment TV’s Bridalplasty and Good Work, The View, NBC’s Today, Dr. Phil, CNN’s Headline News, CNN’S Showbiz Tonight, CNN’S Larry King, Fox News, Fox and Friends, Good Day LA, and CBS’s The Early Show. Dr. Dubrow has also been featured in print publications including People, the New York Times, and the Los Angeles Times.

After earning her undergraduate degree in musical theater from Syracuse University, Heather Kent Dubrow began an acting career that included roles in film, stage, and TV, including Jenny, Stark Raving Mad, That’s Life, and Sequestered. After joining the cast of Bravo’s The Real Housewives of Orange County, Heather became one of the most popular stars on the hit series. She is also a TV host with credits ranging from newsrooms to talk shows, including the Botched Post Op after-show.

Beginning in the fall of 2015, Heather extended her reach with her podcast Heather Dubrow’s World on Podcast One, where it has been their number one female podcast with over twenty million downloads and millions of subscribers. She also cohosts the Dr. and Mrs. Guinea Pig podcast with her husband, which offers practical health and beauty tips grounded in both research and Heather’s try-anything-once approach to life.

The Dubrows also developed a skincare line, Consult Beaute, the fastest-growing beauty brand on the Evine shopping channel. Heather and Terry live with their four children in Newport Beach, California. 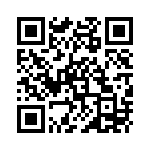