This is an amazing book. It actually gives the correct viewpoint that everyone should see instead of what their privileged eyes see. Black people face so much hard ship in life and even though I am white I respect my skin color unlike everyone else in the world who thinks that this BLM statement is a joke. People need to know when to stop. This is a 400 year battle that has been going on and it is time that it needs to be stopped. People are losing their lives for nothing over this battle and how many more are going to. 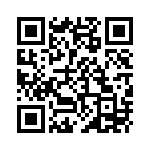