I was going to give 4 stars the reason being the author limited or inability to get more accruate information about baba jarnail singh bhindrawale but then again one can see author reached to jacob and tully for personality factor which one can understand and also information about sikhism i believe if authors had an apportunity to read sikhs like jagit singh author of percussions of history their pen might be more remarkably prolific , anyway i really salute authors and csis from the bottom of my heart or i may say them " lovers of freedom" who bought real and factual accounts of IB , raw and cbi india penetrations that had severely affected sikhs india for the future whether it is india or overseas. Literally i am very much changed after reading this because how i think it is a " caution blueprint" for entire sikh communities for to be extremely vigilant for the future and how they need their own place to grow and prosper . No doubt by the grace of akal purakh ji this secret services penetrations backfired on them which much credit goest to csis and later for rcmp. This book doesn't only give insight about what they doing in canada but very much hint about their role in india too and also guiding how most of these unregulated secret agencies of world operating and operates. After reading this very sought after and safequard masterpiece i am sure one will be able to have very mature view of things happening around him/her. I have kept this book as priority in my shelf for any future reference. Lastly i can say now i became more knowledgable, more open and concern about our community , our role , standing and intending behaviour in india. This is highly recommendable to sikhs and non-sikhs especially living in india. Five stars for this if possible i could have given more.I will also recommend all intending reader of this book to read " ways of deception" ostrovosky as well.

Very impressive research on Indian propaganda against sikhs, in Canada. Loved every page of it...!
Nice depiction of the Canadian history in words, If want to know how India intelligence image of Sikhs on Canadian soil, that is the book to read..!
Thank you ..!

ZUHAIR KASHMERI is an award-winning journalist and author. For more than a decade, he was a reporter for the Globe and Mail. He is an editor, writerand broadcaster and lives in Toronto.

BRIAN McANDREW lives in Toronto where he is the environment reporter for The Toronto Star. Originally from Niagara Falls, he has won several awards for his environmental coverage, including two from The Canadian Science Writers' Association. 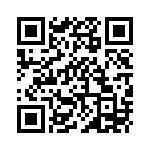