Jordan's name sells the book, but it is not an unauthorized biography on Jordan. Rather it is a reporter's journal on the first the Bull's first championship. Not shocking. Probably too long. Even as a 30 year NBA fan, I still don't think this was a necessary read. Read full review

Sam Smith has been covering the Chicago Bulls and the NBA for more than three decades, as reporter and columnist for The Chicago Tribune for 28 years, and currently for Bulls.com. Recipient of the prestigious Curt Gowdy Media Award from the NBA Hall of Fame, he also received the Professional Basketball Writers Association Lifetime Achievement award in 2011.  He is the author of the classic bestselling book The Jordan Rules, for which he had unparalleled access to Michael Jordan and 1991-92 Chicago Bulls.  He has written extensively for media outlets around the world, including ESPN.com, ESPN magazine, NBC Sports, Basketball Digest, The Sporting News, and for major publications in Japan and China. 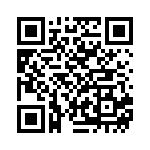