What doesn’t kill us makes us stronger Rejection is a subset of fear. I took the training at Landmark and learned to my own astonishment that the vast majority of North Americans are afraid of people ... Read full review

JIA JIANG is founder of the popular blog and video series 100 Days of Rejection. His story has been covered by dozens of news outlets, including Bloomberg Businessweek, Yahoo News, the Huffington Post, Forbes, Inc.com, MTV, Gawker, the Daily Mail, Fox News, and CBS's The Jeff Probst Show. A native of Beijing, China, Jiang came to the U.S. as a teenager to pursue his dream of becoming an entrepreneur. Jiang holds an MBA from Duke University and a bachelor's degree in computer science from Brigham Young University. 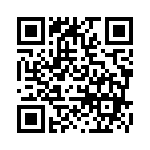