This book may seem like a beast at almost 500 pages and might seem like it will be difficult before you start, being about Koreans emigrating to Japan and spanning the 20th century, but it's almost ... Read full review

A family saga that takes place in Korea and Japan from 1910-1989.It is a beautifully written story of poverty, bigotry, war, almost relentless suffering, and human resilience. Read full review

Min Jin Lee is the bestselling author of two novels. Pachinko was a finalist for the National Book Award for Fiction, a New York Times bestseller and was included on over 75 best books of the year lists. It is currently being adapted for television by Apple TV. Lee's debut novel Free Food for Millionaires was a Top 10 Books of the Year for The Times, NPR's Fresh Air and USA Today. Min Jin Lee's writings have appeared in The New Yorker, the TLS, the Guardian, Conde Nast Traveler, The Times and the Wall Street Journal, among others. In 2019, Lee was inducted into the New York Foundation for the Arts Hall of Fame. She serves as a trustee of PEN America, a director of the Authors Guild and on the National Advisory Board of the Immigration Initiative at Harvard. 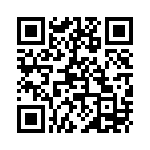