Wesley C. Salmon (1925-2001) was University Professor of Philosophy at the University of Pittsburgh from 1983 to 1999 and the author of works that include The Foundations of Scientific Inference and Statistical Explanation and Statistical Relevance. 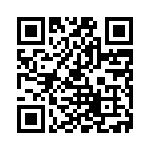