She is highly regarded by both the medical community and the general public, she is well known as one of the foremost authorities on gender differences. She is Professor of Clinical Medicine at Columbia University's College of Physicians & Surgeons. In February 1998, She founded the Partnership for Women's Health at Columbia, the groundbreaking alliance between the world of academic medicine and the corporate sector that has launched an ambitious and innovative educational campaign to define the differences between men and women in all areas of medicine and spread the new information to the professional and lay public alike. She is the winner of the coveted Research Career Development Award from the NIH, was cited as an "American Health Hero" by American Health for Women and has received numerous other awards including the American Medical Women's Association Woman of the Year in Science for 2002. 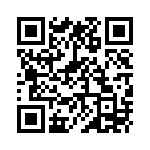