AFTER THE ARAB SPRING: How Islamists Hijacked the Middle East Revolts

In a cynical jeremiad, Bradley finds the pre-Arab Spring dictatorships in Tunisia and Egypt less pernicious than what he sees in the coming Islamist counterrevolution.Having boldly predicted the ... Read full review

John R. Bradley is a widely published British foreign correspondent. Fluent in Egyptian Arabic, he is also the author of Inside Egypt, Saudi Arabia Exposed, and Behind the Veil of Vice. 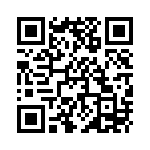