Christopher Redmond has been a Sherlock Holmes enthusiast since he read The Hounds of the Baskervilles at the age of thirteen, and watched a sunny July afternoon turn into the autumn fogs of Dartmoor. Since then, he has been not only reading Arthur Conan Doyle's Sherlock Holmes stories, but writing articles about them, discussing them with friends, and joining some of the dozens of "Sherlockian" societies. In 1966, he was accepted as the youngest member of the Baker Street Irregulars, the New York-based guild of Sherlockian enthusiasts. He and his wife Kate Karlson met through their common interest in Holmes, and edit Canadian Holmes, the journal of The Bootmakers, Toronto's Holmes society.

Redmond grew up in Kingston, Ontario, where he attended Queen's University. He received his M.A. from the University of Waterloo, where he is currently director of the office of publications, editing a newspaper and magazine, and an adjunct lecturer in the English department. His poetry has been published in periodicals and in the book Between Knuckle and Palm. 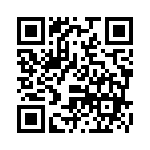