This is a great book for the beginner to serious student of Roman sculpture and portraits, I felt that the book is more for an advanced museum lover, I love the pictures and it is an enjoyable read. It is a great overall book on the basilicas, temples, and public baths, as well as in their houses, villas, gardens, and tombs. If your looking for more on early empire portrait study see: D. Boschung, John Pollini or Susan Wood.
Julio Claudian Iconographic Assocaition
Joe Geranio

Diana E. E. Kleiner is Dunham Professor of History of Art and Classics at Yale University. 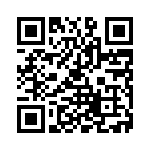