This puts together the murder of Betsy Faria from her death to today. I was appalled by how the investigation against her husband, Russ, went. He was railroaded. My question is why did the cops and ... Read full review

After leaving his weekly game night, Russell returns home to find his wife Betsy in a pool of blood. His only thought was that his terminally ill wife must have committed suicide. Running to the ... Read full review

Charles Bosworth Jr. is a New York Times and Amazon bestselling author of six true-crime books, with millions of books in print, as ebooks, and audiobooks. He wrote about crime and the courts in twenty-seven years as a daily newspaper reporter, including twenty years with the St. Louis Post-Dispatch. He also has reported for the New York Times and the Chicago Tribune. He lives in Southwestern Illinois in the metro St. Louis area.

Joel J. Schwartz earned his law degree from the University of Texas School of Law and has spent thirty years as a criminal defense lawyer in the St. Louis region as a principal in Rosenblum, Schwartz & Fry.. He has been selected to the annual Super Lawyers list, is a member of the Top 100 Trial Lawyers for the American Trial Lawyers Association, and is a lifetime member of the National Association of Criminal Defense Lawyers. He has appeared on Dateline NBC, 60 Minutes, CBS Morning News, CNN, Fox News and numerous local news affiliates. 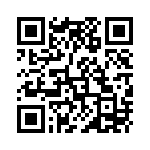