81 pages matching Sally in this book

I randomly picked this up off my mum's shelf because it was a thick book. Loved it. I hadn't actually read Roots before so I can't compare, but this is my favourite book that I've read (perhaps 5 times) Read full review

Good but, not as good as Roots. Read full review

Alex Haley's full name was Alexander Palmer Haley. He was born in Ithaca, N.Y. in 1921, and grew up in Henning, Tenn. Educated at Elizabeth City Teacher's College in North Carolina, Haley became a journalist while serving in the United States Coast Guard from 1939 to 1959. After retiring from the service, Haley moved to Los Angeles, finding fulltime employment as a freelance writer. First known for his work as co-author and editor of the highly regarded Autobiography of Malcolm X, Haley's biggest success stemmed from his Pulitzer Prize-winning book, 'Roots: The Saga of an American Family.' Extensively researched and based in part on Haley's own African roots, the work became a national bestseller and, in addition to the Pulitzer, won the Springarn Medal in 1977. Roots was also adapted into one of the first television miniseries and garnered some of the highest ratings in television history. His next book, "Queen", told the story of Queen Haley, Alex Haley's paternal grandmother. He died before this work was completed and it was finished by David Stevens. This was also adapted for television. Another work, "Mama Flora's Family" compiled from Haley's unpublished writings, continues the family saga and was published in 1998. Alex Haley died in 1992 in Seattle, Washington. He was 71 years old.

David Stevens is the winner of eleven Chelsea Flower Show gold medals. He has hosted two popular garden design series on television and is the author of many successful gardening books. He lives in England. 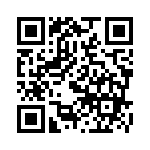