My first Burgess novel....what a ride! I admire his writing and immense and obscure vocabulary. The plot leaves something to be desired. As a a political satire it is brilliant and worthy of ... Read full review

A dystopic satire set in a future in which an overbearing government tries to deal with horrendous population growth. The government obsesses about whether it can feed the vast population. As a means ... Read full review

Anthony Burgess was born in 1917 in Manchester, England. He studied language at Xaverian College and Manchester University. He had originally applied for a degree in music, but was unable to pass the entrance exams. Burgess considered himself a composer first, one who later turned to literature. Burgess' first novel, A Vision of Battlements (1964), was based on his experiences serving in the British Army. He is perhaps best known for his novel A Clockwork Orange, which was later made into a movie by Stanley Kubrick. In addition to publishing several works of fiction, Burgess also published literary criticism and a linguistics primer. Some of his other titles include The Pianoplayers, This Man and Music, Enderby, The Kingdom of the Wicked, and Little Wilson and Big God. Burgess was living in Monaco when he died in 1993. 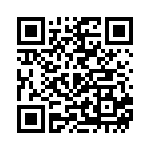