Max Planck, a German physicist, received his Ph.D. in physics from the University of Munich (1879) and taught at the University of Berlin from 1891 to 1928. By studying black-body radiation, he discovered that energy is not continuous, but is emitted or absorbed in fundamental, individual units called quanta. Quantum theory originated from his 1900 paper, representing a radical break with classical physics that even Planck could not wholly accept. For his work in quantum theory, Planck was awarded the 1918 Nobel Prize in physics. Other physicists were able to apply the quantum concept by following up on his revolutionary idea. Albert Einstein's 1905 paper, explaining the photoelectric effect, and Niels Bohr's 1913 model of the hydrogen atom were two applications of Planck's theory. Along with Einstein, Planck ranks as one of the two founders of modern physics. He was the acknowledged leader of German science in the 1930s, as president of the Kaiser Wilhelm Institute. However, he resigned this post in 1937 to protest the Nazi treatment of Jewish scientists. He remained in Germany throughout World War II. After the war the Institute was renamed the Max Planck Institute, and he again served as its president until his death. Planck's personal life contained many tragedies: death of a wife, two sons (one was killed in World War I, the other was executed in 1944 for participation in an unsuccessful conspiracy to assassinate Hitler), and two daughters (in childbirth). 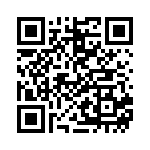