Even on a third reading reading, I really liked this book. It's just plain fun to read. That's not to say there are not scenes that are violent or disturbing. It is set in the midst of the Thirty ... Read full review

I really enjoyed how this story went; loved how flint used real characters and timelines from the past; made it believable; nice development of characters as well. Read full review 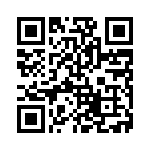