P. R. Kumaraswamy is professor of Middle Eastern Studies at Jawaharlal Nehru University, New Delhi and a former research fellow at the Harry S. Truman Institute for the Advancement of Peace in Jerusalem. His many publications include The Historical Dictionary of the Arab-Israeli Conflict. 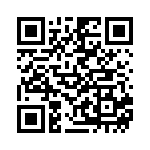