The Last Lecture by Randy Pausch (5 stars) I put off reading this book because I knew I would cry at the end, and I did not want to open myself emotionally to read it. It was wonderful, did pull at my ... Read full review

The Last Lecture is a book taken from Randy Pausch lecture given at Carnegie Mellon and expanded on. Diagnosed with a terminal cancer and wants to leave something for is wife and three small children. Read full review

Randy Pausch was a Professor of Computer Science, Human-Computer Interaction, and Design at Carnegie Mellon, where he was the co-founder of Carnegie Mellon's Entertainment Technology Center (ETC). He was a National Science Foundation Presidential Young Investigator and a Lilly Foundation Teaching Fellow. He had sabbaticals at Walt Disney Imagineering and Electronic Arts (EA), and consulted with Google on user interface design. Dr. Pausch received his bachelors in Computer Science from Brown University and his Ph.D. in Computer Science from Carnegie Mellon University. He was the director of the Alice (www.alice.org) software project, and had traveled in zero-gravity. He lived with his wife, Jai, and their three young children in Virginia.

Jeff Zaslow wrote the Wall Street Journal column that fueled the initial interest in Randy Pausch's lecture. He is also the co-author of Captain Chesley Sullenberger's The Highest Duty and the author of The Girls from Ames, both bestsellers. 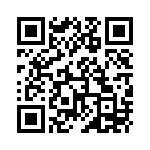