Zhores Aleksandrovich Medvedev was born in Tbilisi, in Soviet Georgia on November 14, 1925. He received a bachelor's degree from the Timiriasev Academy of Agricultural Sciences, a master's degree from the Institute of Plant Physiology at the Soviet Academy of Sciences, and a doctorate in biochemistry from Timiriasev Academy of Agricultural Sciences in 1954. He worked at Timiriasev from 1954 until 1963 and with the Academy of Medical Sciences at Obninsk from 1963 until his dismissal in 1969 because he refused to limit his writings to scientific subjects. Medvedev played a role in discrediting the doctrines of Trofim D. Lysenko, gave the world accounts of the Soviet practice of committing political dissenters to mental institutions, campaigned for greater freedoms for Soviet scientists and writers to study and travel abroad, and exposed a 1957 nuclear disaster in the Urals. On May 29, 1970, he was arrested at his home and taken by doctors to a mental hospital. He was pronounced acutely ill and confined in a locked ward. He was released 19 days later because of written protests from both in the Soviet Union and abroad. In 1973, Medvedev was allowed to go to London to take a one-year job at the National Institute for Medical Research. While there, his Soviet citizenship was revoked. In England, he worked at the Department of Genetics of the National Institute for Medical Research. His Soviet citizenship was reinstated in 1990. He wrote numerous books including Protein Biosynthesis and Problems of Heredity, Development and Aging; Molecular-Genetic Mechanisms of Development; The Rise and Fall of T. D. Lysenko; A Question of Madness written with Roy Medvedev; Ten Years After One Day in the Life of Ivan Denisovich; Nuclear Disaster in the Urals; Soviet Agriculture; and The Legacy of Chernobyl. He died of a heart attack on November 15, 2018 at the age of 93. 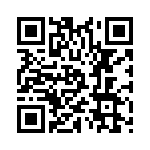