Behan Gifford has sailed more than 35,000 miles with her husband, Jamie, and their three children. When they set off from the Pacific Northwest in 2008 aboard their 47-foot sailboat, Totem, Niall was 9, Mairen was 6, and Sioban was 4. Since then, they’ve visited 18 countries, from Mexico to Australia to Sri Lanka. Before cruising, the Giffords lived in Bainbridge Island, Washington, where Behan built a career in management consulting, software marketing, and digital advertising. Having specialized in Chinese and Asian studies, she holds a master’s degrees in international studies and business administration. Behan maintains a blog for Sail.com and chronicles her families adventures on her website sailingtotem.com

Sara Dawn Johnson has lived aboard boats for 12 of the 16 years she’s been together with her husband Michael. When their two girls were young enough to be strapped in car seats secured in the cockpit, they set off from their Pacific Northwest home waters and went on to explore the length and breadth of the Pacific. They’re now back on land, with their sights set on more Pacific Northwest cruising. Michael was himself a cruising kid. When he was 13, his parents set off aboard their 37-foot steel cutter to explore Mexico, Central America, Panama and the Caribbean. Sara’s articles appear in several magazines in both the United States and Canada. Her blog, svwondertime.com actively encourages other parents who are considering setting sail with young children.

Michael and Windy Robertson began voyaging with kids in 2011, when their daughters Eleanor and Frances were 7 and 5. Since then the Robertsons have cruised their Fuji 40 Del Viento between Mexico and Alaska. As this book goes to press, they’re headed across the Pacific. Long before they had kids, Michael lived aboard a Newport 27 in Southern California. He met Windy through a Latitude 38 crew list, and the two spent seven months cruising Mexico, the Panama Canal, and the Caribbean basin. Articles by Michael have appeared in magazines in the United States, Canada and the UK. You can follow this family adventure at cruisingworld.com 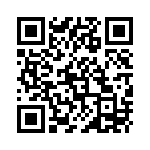