Jeremy McInerney is the Davidson Kennedy Professor of Classical Studies at the University of Pennsylvania and author of The Folds of Parnassos. 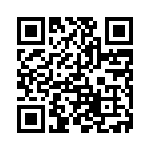